Welcome back to This Week in Apps, the weekly TechCrunch series that recaps the latest in mobile OS news, mobile applications and the overall app economy.

The app industry continues to grow, with a record number of downloads and consumer spending across both the iOS and Google Play stores combined in 2021, according to the latest year-end reports. App Annie says global spending across iOS, Google Play and third-party Android app stores in China grew 19% in 2021 to reach $170 billion. Downloads of apps also grew by 5% reaching 230 billion in 2021 and mobile ad spend grew 23% year-over-year to reach $295 billion.

In addition, consumers are spending more time in apps than ever before — even topping the time they spend watching TV, in some cases. The average American watches 3.1 hours of TV per day, for example, but in 2021, they spent 4.1 hours on their mobile device. And they’re not even the world’s heaviest mobile users. In markets like Brazil, Indonesia and South Korea, users surpassed five hours per day in mobile apps in 2021.

This Week in Apps offers a way to keep up with this fast-moving industry in one place with the latest from the world of apps, including news, updates, startup fundings, mergers and acquisitions, and suggestions about new apps and games to try, too.

Do you want This Week in Apps in your inbox every Saturday? Sign up here: techcrunch.com/newsletters

There was a time when developers were too scared to say anything bad about Apple’s App Store for fear of repercussions to their own apps. That time has long since passed. Apple is under regulatory scrutiny, facing investigations and engaged in lawsuits over its App Store and its alleged antitrust practices, according to some authorities. Meanwhile, because more are open to pointing out when the App Store makes mistakes, it seems as if those issues are more common and frequent. In reality, Apple may have made just as many mistakes in the past, but they were only discussed in backchannels, not publicly on the web and social media. For the developer community, the stories that emerge from this closer look into the day-to-day goings-on of the App Store can be disheartening. Every week, it’s something new.

This week, for example, one story highlighted how Apple approved what was described as a shameless clone of the popular game “Unpacking,” even allowing the clone (“Unpacking Master”) to reach the top of the App Store’s free charts before its removal. The developer has since apologized, but this latest event comes only days after a number of developers tried to game the App Store with clones of the popular web game Wordle. These incidents seem to convey a message to the community that if you don’t have an iOS version of your app or game, you’re going to get knocked off — and your brand could suffer.

Elsewhere, another developer called Fanhouse decided that it would now punish its own iOS users by jacking up subscription prices by 50% in order to cover its App Store commissions. An outspoken critic of the commission structure, the company, of course, wants to collect fees through its own website, but isn’t allowed to point to that option on iOS. This is also the type of incident that would have never been heard of in such a public fashion years ago. The changing regulatory climate has allowed smaller developers to speak out about how they want altogether different rules, not just a price cut for registering as a small business.

Is Apple preparing to more directly take on Square and other companies that help small businesses process payments? That’s the latest report from Bloomberg this week, which claims Apple has been working on a new feature since 2020 (following its Mobeewave acquisition) that would turn the iPhone itself into a payment terminal. The feature would involve NFC technology — meaning customers could tap their credit card to the iPhone to pay, instead of using an additional piece of hardware, like a payment terminal or simpler card reader. There are questions as to how this feature would operate. If Apple were to allow third parties to tap into the feature via an API, for example, it could boost the entire iOS mobile payments ecosystem. If, however, Apple decides these payments must only flow through Apple Pay, then it will be setting itself up as a competitor to existing payment providers and businesses serving the small business market — but at the risk of further regulation.

Apple didn’t respond to comments, Bloomberg’s report noted — and of course, we won’t know anything for sure until it’s officially announced. The timing is ripe for such a shift, as the pandemic has prompted increased adoption of contactless mobile payments in markets that had been slow to make the transition, such as the U.S.

The App Store got a number of notable updates this week to APIs and Search Ads and more (see below). But one new feature stands out as a much bigger improvement: Apple has launched a new App Store feature that will allow developers to distribute “unlisted” apps within the App Store.

To be clear, this is not really meant for distributing betas for testing purposes, which will continue on TestFlight. Nor is it meant for widescale enterprise distribution of apps to an employee base. Instead, the feature can be used to publish unlisted apps, including consumer-facing apps, that are meant for more limited distribution. This could include those apps intended for a limited audience, says Apple, like those for “specific organizations, special events, or research studies.” The feature could also be used to distribute apps to employee-owned devices that can’t be managed through Apple’s School Manager or Business Manager platforms, which would aid organizations that have BYOD policies or lack enterprise distribution infrastructure.

Unlike public apps, the unlisted apps won’t appear on the App Store in category listings, recommendations, charts, search results, or, really, anywhere. Instead, the only way to get to the app’s download page will be with a direct link. It will be interesting to see how this feature ends up being used by businesses and other organizations, and how strict Apple will be when determining whether or not an app is eligible for unlisted distribution — a process that requires approval. There are many cases where developers want to test an app with a wider audience but bump up against TestFlight’s limit of 10,000 external testers. Will Apple finally allow these broader tests to have App Store distribution, too? Time will tell. 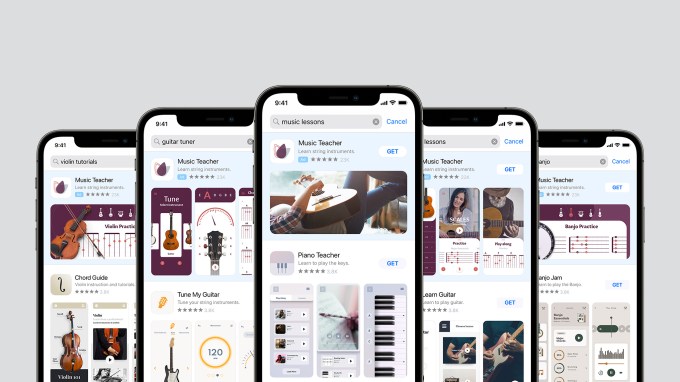 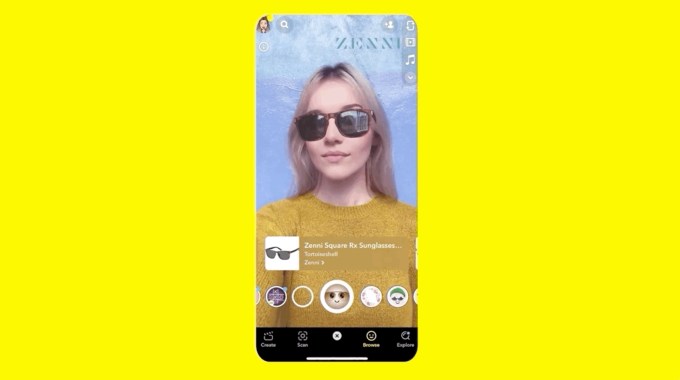 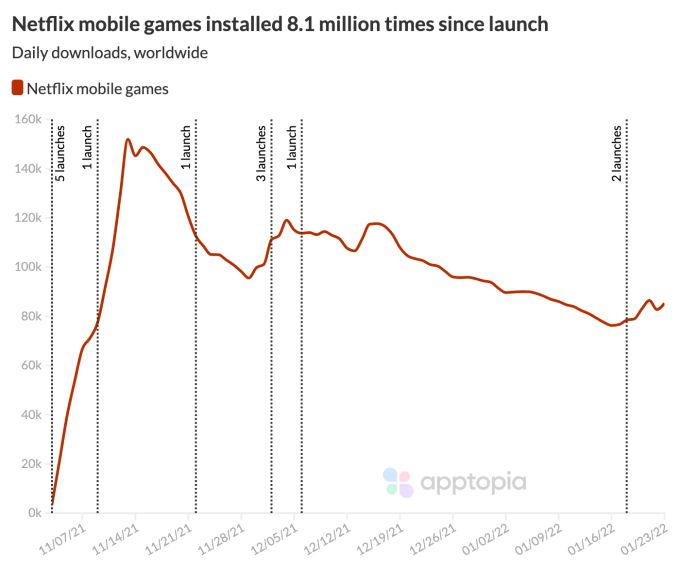 💰 Singapore-based mental health startup Intellect raised $10 million in Series A funding led by HOF Capital. The company offers online wellness and therapy sessions both as an employee benefit and through a consumer app.

🤝 Crime-tracking app Citizen acquired Harbor, a disaster prep app, for an undisclosed sum. Harbor, which is Citizen’s first acquisition, helps users prep for crises like fires and earthquakes by assigning them preparedness tasks on a rolling basis to make getting prepped less overwhelming.

💰 Indian social investment app StockGro raised $32 million led by Bitkraft Ventures, General Catalyst and Lightricks co-founder Itai Tsiddon, in a round that’s a mix of primary and secondary funding (and some early backers have exited). The app offers a gamified interface that helps users discover trading strategies, as well as compete and interact with other users.

💰 Indian food delivery app Swiggy raised $700 million in a Series K (?!!) round of financing that values the seven-year-old Bengaluru-based startup at $10.7 billion. The round, led by Invesco, raised $1.25 billion just six months ago.

💰 Parthean, a personal finance monitoring and education app, raised $1.1 million at a $12 million valuation from Litani Ventures, Gaingels, Amino Capital and others. The app lets users integrate their finances via Plaid in order to show financial health metrics in real time.

💰 Casual open world mobile game Rocky Road raised $2.5 million in a seed round led by Crowberry Capital and Sisu Game Ventures. The “casual MMO” hails from Icelandic serial entrepreneur and QuizUp founder Thor Fridriksson, but the game won’t be out for a year. Details are sparse, but Rocky Road will use real-world map data and will include mini-games that can be played on your own or with friends.

💰 London-based grocery delivery app Zapp raised $200 million in Series B funding to fuel its expansion to other big cities. The round was co-led by Lightspeed, 468 Capital and BroadLight Capital. 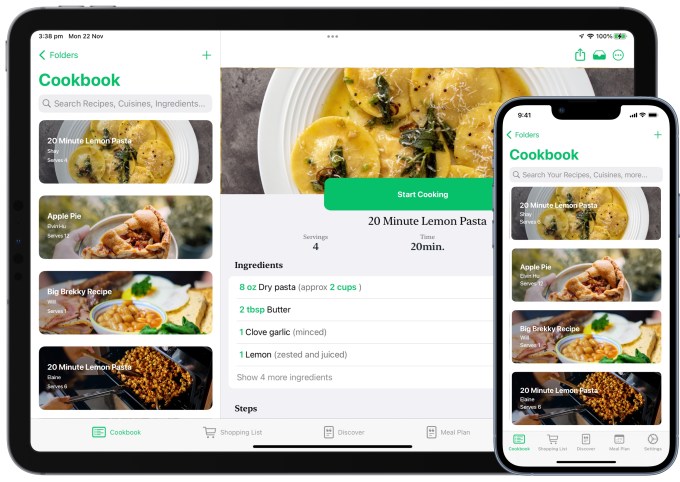 A newly launched recipe app called Pestle aims to do more than provide a place to save and organize your favorite recipes. The app, from indie developer Will Bishop, also helps you plan meals, create shopping lists, keep up with new recipes from creators and even cook hands-free or with friends and family remotely over Apple’s SharePlay feature for FaceTime. The result is a well-built recipe app that provides a better experience for the end user, and one which tries to respect the creator content it organizes by offering source links, tools to discover more recipes from the same creator as they’re published and a feature that encourages repeat visits to recipe sites. However, there are issues with the food publishers’ links not being quite as visible as they should be, which may cause concerns. But from the end user’s perspective, the app is handy, with features like automatically organized folders, a guided cooking experience where you can move through recipes step-by-step, hands-free voice controls, built-in shopping lists with Reminders integration and more. (Read more here on TechCrunch.) 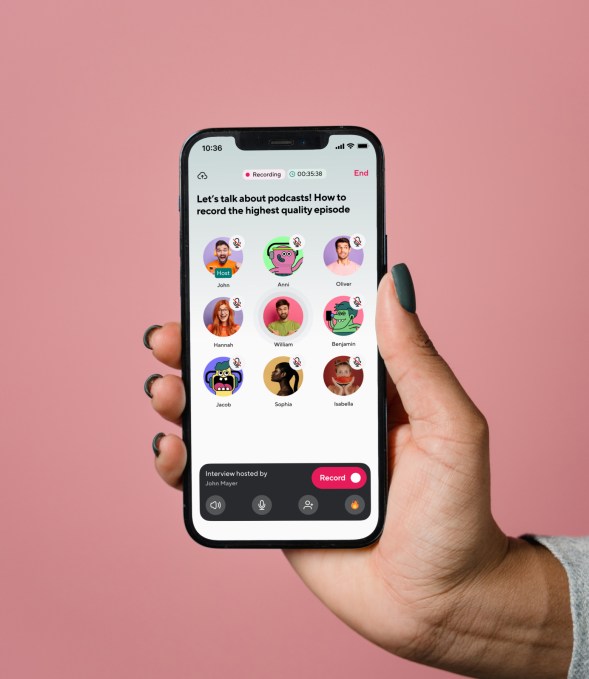 Podcastle’s audio creation app has grown to 200,000 users in less than a year, backed by now $9 million in funding. The app allows users to schedule podcast interviews, invite guests, record podcasts in HD sound and access the final master files from the guest’s phone. Files are offered in locally uncompressed lossless WAV format. In addition to the support for a remote multitrack interview, the app also supports background noise removal, a text-to-speech converter, transcription features and A.I. technology to improve the sound of your voice, among other features. Projects can also be edited on the company’s web platform. The result is a podcast studio and rival to Spotify’s Anchor. The iOS app is a free download.